In search of the next John McCain - The Boston Globe

With the passing of John McCain, the nation has lost its one truly national senator — a lawmaker who was widely known and well-regarded by both Republicans and Democrats.

Is there another such figure waiting in the wings? That is, a senator with the vision and self-confidence to rise above reflexive partisanship, the inclination to tackle complicated issues, the courage to favor compromise over perpetual conflict, the doggedness to overcome legislative inertia, and the congeniality to make him someone others want to work with.

That’s a tall bill of particulars. So who might step into McCain-like shoes? For thoughts, I turned to two of the nation’s preeminent political scientists, Thomas Mann and Norman Ornstein.

Let’s start on the Republican side, where the prospects are dreary.

Get Today in Opinion in your inbox:
Globe Opinion's must-reads, delivered to you every Sunday-Friday.
Thank you for signing up! Sign up for more newsletters here

I’ve long thought Lamar Alexander of Tennessee, a former governor, university president, and cabinet secretary, had real (if unrealized) potential. After all, when he stepped down as chairman of the Senate Republican Conference a half-dozen years ago, Alexander said he wanted to foster more consensus in the Senate. So far, he hasn’t. If ever there was a time to step up, it’s now. 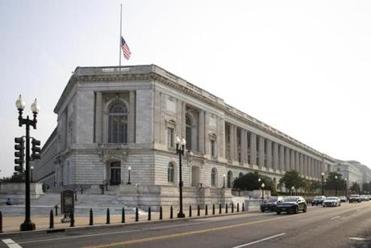 Honoring McCain rings hollow with Trump in the White House

Renaming a Senate building for John McCain feels insufficient in the face of our bitter political climate.

“Two years ago, I would have said Bob Corker and Jeff Flake both have that [McCain-like] capacity,” says Ornstein. But actions speak as loud as words, and they didn’t, say, stand up to oppose the GOP’s reward-the-rich 2017 tax cut the way McCain did with George W. Bush’s 2001 and 2003 tax reductions. And besides, both have decided to bail out.

There was a time when one would have thought that Lindsey Graham of South Carolina was the logical heir to McCain’s legacy. But to rephrase the question political satirist Tom Lehrer once asked, in musically mocking manner, about Hubert Humphrey, whatever became of Lindsey? “Lindsey Graham partnered with McCain, and he is now debasing himself” with Trump, notes Mann. “It is just pathetic.” I count Ben Sasse of Nebraska as refreshingly outspoken, though his bark, too, has been tougher than his bite. And even that bark has faded some. Maine’s Susan Collins? A moderate with true bipartisan instincts, but too cautious to take early and forceful stands in these politically combative times.

Onward — and westward, to Utah and almost certain senator-to-be Mitt Romney. A smart guy with national stature, he has potential, if only, at this late stage in his political evolution, he could finally develop a functional backbone. But that’s a huge if. Mann says he is hopeful but dubious, given that Romney “has crumbled so many times” under political pressure.

On the Democratic side, we may not have any real clues unless and until the party returns to power in the Senate. Meanwhile, this question must be mulled: Would the Senate Democratic Caucus or the party’s liberal base embrace a compromise-inclined moderate who, say, supported entitlement reform as part of a larger budget deal or was a strong backer of charter schools?

Let’s continue the search for some McCain-like potential, however. One senator I’ve long been impressed with is Amy Klobuchar of Minnesota, who has demonstrated an inclination to work across the aisle and a real ability to get things done. Both Ornstein and Mann hold Rhode Island’s two senators, Jack Reed, one of the Senate’s 20 or so veterans, and Sheldon Whitehouse, a former prosecutor, in high regard as smart, substantive, independently inclined figures. Ornstein also sees potential in Chris Van Hollen, Maryland’s first-term senator, and Michael Bennet of Colorado.

But don’t underestimate the degree of difficulty in assuming that role.

“Whatever they might think about patrolling the national border, both parties police their own borders very aggressively — and heretics and defectors are shot on sight,” quips political analyst Ralph Whitehead, former professor of journalism at the University of Massachusetts Amherst.

Which raises this question for voters on both sides: Do you really want a deal-making leader who thinks for him or herself and thus sometimes breaks with party orthodoxy? Or are you just paying lip service to the notion?

There are no comments yet.

Sign up for free to enjoy all functions of Undelete.news!

Add a person to track